Wild Wednesday! ASD: Back OFF!!! 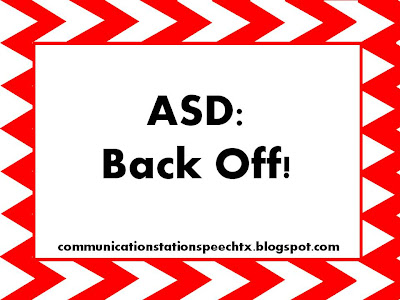 Years ago I was working my with a 4 year old diagnosed with ASD.  It was the first therapy day of the school year and I was working in a new school, so this was my first time meeting this little cutie.

With the early childhood teacher's cue, he walked over to me (looking every where else but at me), took my hand and walked down the hall to my therapy room.

"That wasn't too hard", I thought to myself.  I was, of course, quite pleased with how easily I was able to get this particular student, who was known for being quite difficult to handle, to "trust" me so quickly and follow my nonverbal lead.

We settled down at the table in the therapy room where I had several fun toys just waiting for us to explore and talk about.  My little buddy picked up a sensory spin toy and went to work filtering light out of the corners of his eyes.  I, in my infinite wisdom, decided I'd follow his lead by talking all about how that toy was spinning and lighting up.

After several minutes with my non-responsive pal, I was realizing all my "Ooos" and "Ahhhs" didn't seem to get a response so I decided to lean in closer and partake in the "filtering fun".  Unfortunately for me I moved in a bit too close and within milliseconds found my face connecting to his fist.  I was so shocked, I actually sat back and asked myself "Did this little guy just punch me in the eye?".  If I wasn't sitting  in front of a mirror and saw my red eye quickly beginning to swell, I'm not sure I would have believed it myself.  It was so quick and he didn't miss a beat.  He just kept playing with that spin toy and never said a word the entire session.

I actually started laughing out loud at myself.  After years of being a therapist, I made a rookie mistake and entered this child's personal space LONG before we had built a rapport.  So I decided from that moment on, I would shut up, give him space, and play "alongside" him (far out of his reach) until he was ready for me to enter his world.  And within a few weeks we were talking, playing, and yes I was even allowed to enter his personal space.

So the lesson I learned that day will stick with me forever.  Sometimes with students with ASD we don't know where their personal space bubble begins or ends.  It may be much bigger than we think.  The only thing we can do is BACK OFF until they let us know they feel safe...and always, always, keep these kids at least at arm's length!  Ha ha ha ha ha!

Email ThisBlogThis!Share to TwitterShare to FacebookShare to Pinterest Pin It
Labels: Autism 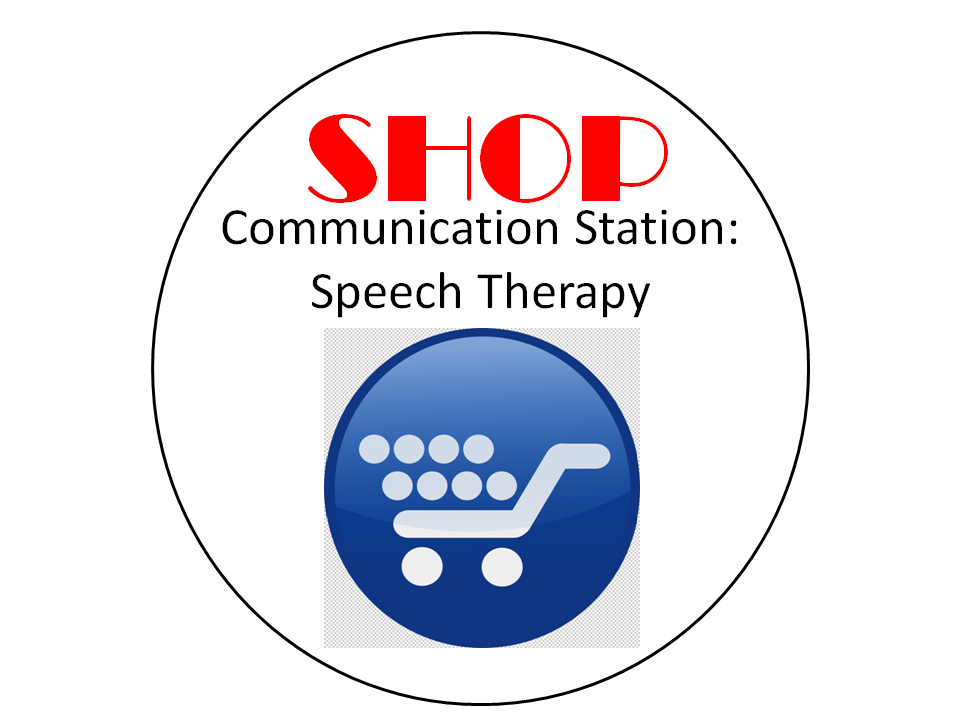 I'm Maria Del Duca, M.S. CCC-SLP, a wife, mother and speech-language pathologist licensed and practicing home-based therapy in the state of VA. Contact me at: communicationstationspeechtx@gmail.com

Promote Your Page Too

Redistribution of any materials from this site is STRICTLY prohibited. For complete information, click on the tab at the top of this blog titled Terms of Use for detailed information prior to using any materials on this blog!